“No moral high ground here ‘agree to disagree’ wasn’t on the table!” 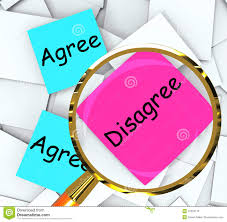 “It’s a moot point!  You’re living in the past!  Move on!  It’s over!” I stood staring at him, his legs spread slightly apart, standing stiff legged, arms held ridgidly at his side, his eyes reflections of ice chips you could freeze in.

I stared dumbfounded!  How heartless, how unshakeable immoveable and cold!  Unbelieveably hostile.  Where was this coming from?  Why?  I didn’t understand, not at all.  I was surely on the other side of that fence!  Ok, ok, so I was compassionate, caring, warmhearted, certainly not to a fault!  I mean, I could get tough!  I could get down and dirty, mean and rough, couldn’t I?  Sure I could.

We’de faced off before.  It was the nature of the business, the nature of the job.  He was an advocate for changing the city, modernzing, creative space and all that.  I had no quarrel with that, none what-so-ever.  While I was a book writer, a novelist I euphemistically considered myself as I hadn’t sold a book as yet. This was different.

I was digging my heals in this time!  This little piece of heaven must remain.  I didn’t give a damn if they built 20 square blocks around this space.  This space was mine, correction, ours!  It belonged to those of us with a deep and abiding connection with the past, with a by-gone era in which elegance, beauty, decorum remained.  Certainly things were crazy, dicey, and who knows what went on behind closed doors.  That wasn’t in question.

This was the last haven of design that meant something, was something!  I would fight to the death to preserve this space including the architecture that had come to mean so much.  Perhaps getting to know the charachters who lived here, a microcosim of humanity that still clung to style and grace, who dressed with care, hair coiffed and shoes shining impeccably, was part of it.  The ambiance of this space imbude the stylish sophistication of an era long past. That did not, however, make it irrelevant!

“I realize that may be what you think?  But you are dead wrong!  This fight has just begun!” I nearly spat.  “Whether it’s a team of lawyers or a mountain of red tape, I will tie this site up and gift wrap it for you as a reminder that you will not win this one!”  Standing tall I continued,  “And no, don’t even consider your moral high ground ‘agree to disagree’ doesn’t equate with this situtation, it’s not on the table!  It’s  a fight to the death, Mason.  I’m in, in all the way and you’ll soon realize I don’t give up and I don’t give in.  You can take that to the bank!”  I turned and marched away without giving him an opportunity to respond.  There was nothing more to be said.  We were on opposite sides of a battle field and I needed distance between us.

He would have cursed, wanted to curse.  They’d grown up together, attended the same schools, becomes friends and even lovers.  Now they were adversaries in the most important moment of his life.  He had to win this one, or lose his position on the board of architectural design.

What made the situation worse, he couldn’t in his heart disagree with anything she’d said, and how he knew she felt about this little piece of heaven.  Architecturally she was right, but it wasn’t on the game plan for the high rollers of the city.  They foresaw three 20 story building that would abutt against the enroaching downtown area.

Disagree? On the surface, they would.  His fight could become an all out war, down and dirty, rough and tough and even he was concerned with how viscious this could become.  He’d taken his stand, it was his job.  They would fight!