Having been a volunteer for many years, I knew first hand the delight and hard work involved. 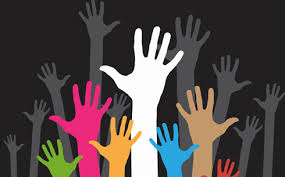 Having been a volunteer for many years, I know first hand the delight of being involved in sharing, in giving on behalf of others, especially a cause near and dear to your heart.  It was hard work, no doubt about that.  It took real dedication and perseverance.

On this occasion,  however, I was spearheading a small gathering of fellow colleagues, to pay homage to a volunteer who participated endlessly and selflessly on behalf of several causes she considered worthwhile.  Not occasionally but for many years.

In two days we planned to gather together, a small intimate group, on her behalf to express our gratitude to her because of her faithful integrity.  She spent hours, days, even weeks, preparing many events during the course of the year. We wanted to celebrate her generosity of spirit, her tenacity at overcoming hurdles and obstacles but especially because she gave of herself tirelessly and always without complaint.

Unfortunately, Franny wasn’t anywhere to be found.  I’d called several times and even dropped by her apartment.  Nothing.  What should I do?  Where had she gone? We couldn’t very well hold the event without her, it was in her honour. I grabbed my cell and began calling the other women she’d worked with, to determine whether anyone else had seen or interacted with her lately.

She shied away from cameras and refused the limelight.  When anyone came close, tried to involve her in any kind of publicity, she preferred remaining behind the scene, standing back, never in the spotlight she simply melted away.  She’d quickly step aside and allow others to take any credit due.  No, she ran!  It wasn’t false humility or lack of ego.  It was something else, but I wasn’t sure what.

Her personal life was an enigma. I suddenly realized that although I’d worked alongside Franny for over five years, I knew very little about her personal life.  We hadn’t shared a single meal or evening together.  In fact, I doubted any of the other women had been any closer to her than I.  She’d engage with us, her laughter infectious, her spirits high, her determination endless.  Yet, for all that, she distanced herself on an intimate level.

I couldn’t help but wonder if she’d somehow heard about our little endeavour.  I decided another pass at her abode was in order and returned once again.  Since someone was leaving as I approached the door, I hustled through the opening and hurried on up to her apartment on the second floor.  I knocked and knocked again.  It was on my third attempt that a man rounded the corner and asked if he could help me. After I explained my concerns, he responded quietly, “You must be Kathleen.” When I nodded he asked me to follow him, he had something for me.  I obediently allowed myself to be led back to the first floor and through the manager’s door, leaving it open behind me.  It was then he handed me an envelope.

Thanking him, I walked away preferring to wait until I’d reached the sanctuary of my car before opening the envelope.  Inside a letter in Franny’s handwriting began, “Dear Kathleen, I’m sorry I had to leave.  I want you to know I’ve enjoyed every moment of my time spent with you and the other women I’ve had such good fortune to meet and interact with.”

“I’d heard about your intentions and found I must leave.  Anonymity is a must.  I couldn’t take the risk of my identity becoming known.  I wished I could say more. Take care my friend, I hope one day to see you again.”  It was signed, Your Forever Friend, Franny.

I was both horrified and dumbfounded.  Horrified that my well meaning attempt to thank her had unwittingly forced her into a position from which she felt she must flee.  I didn’t know what to feel.  Other than empty and guilty.  I would miss her undoubtedly for she was someone I would have dearly loved to know and call my friend.

From across the street, Franny watched, carefully shrouded in a new disguise.  Momentarily engulfed by loss she realized she’d miss Sarah most of all.  Her friendship had been something Franny would have loved to have encouraged. Perhaps one day she would return.  She hoped with every ounce of her being that could be so.

Ping Back and Blogs