Have fun, enjoy, be safe! 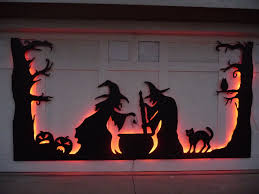 Since Halloween is nearly upon us, I thought I’d give a quick shout out to the eeriest day of the year, and one celebrated by children especially and adults alike.

Halloween is a time of celebration and superstition. Perhaps it originated with the ancient Celtic festival of Samhain when people lit bonfires and would wear costumes to ward off roaming ghosts.

In the eighth century, Pope Gregory III designated November 1 as a time to honor all saints and martyrs; All Saints’ Day incorporated some of those earlier Celtic traditions. The evening before was known as All Hallows’ Eve and later Halloween. Over time, Halloween evolved into a secular, community-based event characterized by child-friendly activities such as trick-or-treating.

In a number of countries around the world, as days grow shorter and nights get colder, people continue to usher in the winter season with gatherings, costumes and sweet treats.

Today it is a day of fun in which to dress up, play games, and enjoy an all too quickly passing event that some revel in. It’s delightful to watch little faces light up as they attempt scary entrances, their creativity truly a delight.  So for all you would be ghost and goblins, I hope the upcoming day is filled with great fun and enjoyment.

Enter if you dare!