Do you remember “mother may I” or “father may I”?  It was a game we played as children.  “May I take one giant step forward?”  The person on the other side of the play-field would say, ” Yes you may, or no you may not”.  “You may take  1/2 step forward.”  The idea was that one of the opponents would reach him/her and become the one giving out instructions.

Childhood should be a time of wonderment and awe.  Our imaginations running wild with Jack and the Bean Stock (giant). 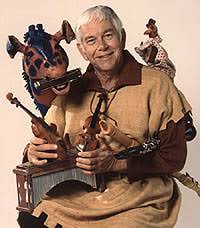 In Canada, we had the Friendly Giant along with Jerome the Giraffe and Rusty the Rooster.  We tuned in to watch as the friendly giant read a book daily, the camera focused in on the pages so you could read along, while Jerome and Rusty acted as side-kicks. It was fun to watch the camera follow the “giants” movements up to his window where he would call Rusty and Jerome to join him.

The best movies and plays involve giants and fire the imagination.  Who could forget King Kong

We loved to pretend and scare ourselves silly.  It was almost a right of passage.

Even as adults, we watch “scary” movies, and what the protagonist must overcome is epic, gigantic.  Whether it be an “imagined giant” in the form of a corporation, a hostile takeover, or an abuse of power by an individual that crosses the hero/heroine’s path, a battle ensues and must be overcome.  Perhaps it is a town or a single individual, we are energized and involved as the battle rages on as we root for our hero.  Maybe the ever-present foe hovers in the background (the giant adversary) prepared to fight another day.

What of our own flaws, or “failures”, our desire to overcome a debilitating shyness, fear of heights, enclosed spaces, fear of public speaking.  Any of these instances can seem “gigantic” monumental to overcome.

The giant battle always makes for an unforgettable story, and often one we return to read again and again.

Art that Speaks to You

Sun Oct 30 , 2016
Whether acrylic, oil, water, photography or another venue, we are in a unique position today. Twitter, FB and other outlets provide awareness of spectacular artist and their work.