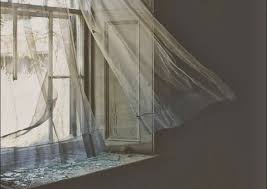 Anna was thrilled with her new home.  It was over 100 years old and filled with character, exactly the home she’d been dreaming of.  Wandering the mahogany lined halls she couldn’t help but revel in its rich beauty, her hand gently caressing the elegant sideboard gracing the long hallway.

Anna had been delighted the furniture in the home was for sale and she’d quickly jumped at the opportunity for they were all well cared for and luxurious.  Owing to the rooms generous size, she’d opted to add a few pieces she’d held in storage that had belonged to her parents.  The movers had arrived early and now they were gone, as she inspected the overall look.  If she were to label the look, she’d call it eclectic and it worked. She smiled delightedly.

A sense of peace surrounded her now.  As she happily wandered from room to room she stopped, closed her eyes inhaling deeply attempting to identify the various aromas that assailed her nostrils.  Ah, a hint of Liquid Gold had been used to oil the furniture.  The living room windows were open and a gentle breeze fluttered the white sheer curtains carrying a delightful mixture of fragrance.  She immediately identified lavender and smiled. That was easy enough since lilacs lined the porch.   Wandering closer to the front windows she closed her eyes and breathed deeply.

Turning toward the kitchen she smelled the freshly made coffee and tray of pastry she’d laid out earlier.  Suddenly an unidentified scent whispered past. Startled, she opened her eyes quickly peering all round the room.  A delicate chill gave her goosebumps.  It was nearly dusk, and Anna turned on lamps around the room as well as the chandelier in the kitchen.

She jumped.  It felt as though something had touched her arm.  A hint, the lightest of caresses.  Again the unmistakeable scent whispered nearby.  Cologne.  A cologne she’d never smelled before.  Elegant, manly but nothing overpowering.  There, there it was again.  She quickly turned half expecting to find someone standing nearby.  There was nothing and no one to be seen. Just the subtlest of hints of a presence.  Anna wasn’t sure whether to believe what she felt or not. She’d never believed in ghosts and yet . . .