They call it “a form of flattery” But when it happened again and again, was it? Payback’s a bitch, she thought, and it’s got your name written all over it! 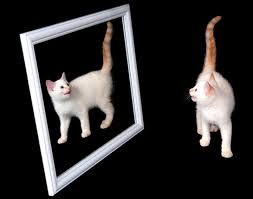 I read the blog by wordsareallihave and smiled broadly.  I so remember doing just that when I was a little. Dressing up in my mother’s high heels, adding a necklace and pretend earrings and walking as carefully as I could placing books and magazines in piles, pretending to be a librarian feeling so special.  Thank you for the reminder.

Marcia was shy.  Brilliant, but shy, hiding her light under a bushel.  As a valued employee, she’d climbed the ranks quickly becoming the assistant manager of a major department store.  Her responsibilities varied.  She continually came up with clever ideas that others often took and used as their own.  For many years, this hadn’t bothered her.  It was enough that her ideas had grown and blossomed even though the store manager was promoted.  She took great pleasure in knowing that her work had been implemented storewide. The simple fact was many were promoted on the back of the work she’d instituted.

Until today, it had not bothered her.  Until Gretchen that is. Gretchen stole her latest idea claiming it as her own.  She’d evidently gone into Marcia’s locked desk, found her notes and paperwork then copied and re-written them all.  Marcia was unsure how she’d managed to change the photos and instructions to the extent it looked original enough to pass as her own without notice.

Marcia was angry.  Fiercely angry with an anger she’d never before known or felt, until this moment.  After reading a letter from head office outlining her project, clearly and concisely,  which corporate was installing nationwide with a substantial pay raise she was outraged!  For the cover of the announcement included yet another woman’s face on her work, plastered along with bold headlines outlining her success and forthcoming promotion.  She was incensed beyond reason.

Her promotion and party were to be held in two weeks at headquarters no less with all in attendance. She was enraged.  Placing the letter inside her desk drawer and locking it, she grabbed her purse and coat and stalked out the employee door without a backward glance.  The sales clerks were staring at her, a couple ran after her calling her name but she was oblivious to everything around her.

Payback was a bitch, and it had Gretchen’s name all over it, in big bold letters!  As she headed toward her car, her mind a cold calculating machine took over.  Driving to the beach, she bought a coffee from a kiosk and sat quietly plotting every angle of attack, thoroughly until it was crystal clear.  Marcia had not made waves previously as she’d simply look like a revenge seeking asshole and it hadn’t been important enough.  It was going to stop, here and now!  One way or the other.

Her ducks all in a row a thoughtfully planned attack in place, she went over the plan running every detail through her mind once again.  This couldn’t come back on her.  It was a flawless plan.  Vindictive, yet simple.   Returning to work, steadier now, a sinister smile played momentarily across her lips.

Retreating, once again behind the mask, she entered the store and returned to her office.   She’d come up with a plausible cover story for her unusual exit should anyone be interested enough to ask and settled comfortably in her chair.

The day before the “big” event, a handsome well-dressed man entered her office .  Her eyes flashed surprise a look of surprise, and  was quickly hidden.  It was the CEO of the company.

Smiling he held out a hand, “I’m Mason Conroy.  You are Marcia Maynard.”  Slightly surprised by his introduction she watched him closely.

“I arrived too late last night to meet with you.  I’m hoping this is a convenient time as there is much to discuss.”

Thinking he was here regarding Gretchen’s promotion, she sat quietly.  “How may I assist you?”

“It’s come to my attention that this office seems to produce a great deal oproductive thinking and creativity.”

“After following the careers of the woman who have previously held the managerial position here, and finding their creativity suddenly stopped upon promotion, I began to consider another possibility.”

Sitting taller and straighter, she asked, “And what woud that other possibility entail?”

“There was someone else behind the excellent ideas we’ve implimented over the years.  Someone with constant unending creativity that should be rewarded.  These other women have been removed from their positions as they failed to live up to the standard we’de expected considering their promotion.”

“I began checking deeper into each woman’s background and found no history of brilliance as warranted by their promotion. After bringing up a list of employees, I found your name listed for the past six years.  I had to ask myself, why you haven’t been promoted.  It came to my attention through discussions with previous employees that you were rather shy and upon further questioning, they each admitted they were but copycats.  They’d taken your ideas and run with them.  You are th originator of some brilliant planning, they are but a copycat.”

“I’m here to offer you a promotion to head of design in Manhattan, if you’re interested in assuming that role.”

Marcia sat quietly, a slightly stunned expression on her face.  “What of Gretchen?”

“Gretchen has been removed from this company as have all the others we’ve interrogated regarding any and all ideas taken from this office. I assume they were all yours?” At her nod he continued, “There will be no further risk of a copycat, Marcia.  You will be working directly with me.  I oversee this department and this will not happen again.”

“A company apartment has been set aside for you.  One we rent to all employees holding this position.  The job is rigourous, requiring constant supervision, and we prefer you be closer to the action and available at a moment’s notice.”  He named a salary that was staggering.

Marcia feigned indifference at first, all the while bubbling inside gleefully.  Of course, she would take the job. She’d be an imbecilic fool not to.

Ah yes, Gretchen, and Megan, Francine and Marta, payback indeed was a bitch.  And she’d had nothing to do with it.  Did she?

Tue Nov 1 , 2016
I tried to get the #NovemberNotes It didn’t work. hmmm I must be doing something wrong.  Hopefully you’ll see this on my blog, lol. November […]