Harold raced through the door, screeched to a halt and shock reverberating through his voice, announced, 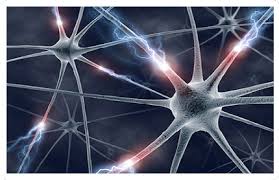 Harold raced through the door, screeched to a halt and shock reverberating through his voice announced, “Freda, the cops took Justin away on suspicion of murder.”

Freda laughed mirthlessly.  “Jason isn’t capable, he’s too self-absorbed.  Premeditation takes planning and or passion.  He’s clear.  He’s never thought about anyone else for more than five minutes in his entire life.”

“Come on, Harold, seriously?  You haven’t noticed his self-absorption?  Think about it.  He stands in front of the mirror rehearsing expressions, poses, lines, even how he says hello to his adoring fans.”

“Ya think so?  It’s all about looking good, surface, being liked.  He has absolutely no depth.  Without real depth, passion or emotional commitment, you can’t commit murder. It requires love or hate, care, humility, anger, fear, real emotion.”

Plunking into a chair, Harold asked, “Where’s this coming from?”

Turning to face Harold, Freda continued with a sigh, “Haven’t you noticed the number of girls he’s left weeping in his wake?” At his confused look, she continued, “There was Lee, Miranda, Francine, Janie, followed by Joan, Paula, Jasmine…shall I go on?”

“They don’t count, they were groupies.”

“Groupies or not, they were girls interested in Justin, and he ‘loves them and leaves them’ crying in the aisles as he moves on to his next conquest, without a thought to their emotional state.  It’s part of his MO.  He doesn’t care about anyone.”

“Fingerprints, he was at the crime scene, he knew the vic- someone by the name of Reuben.”

Freda was out of the chair in a heartbeat, “Reuben?  They think he killed Reuben?”

“Yeah, they were wrapping up a baseball bat.  Scuttle is, he says he was threatened by Reuben and it was self-protection.”

Freda dissolved into a huddled mass, “Oh god, not Reuben.”

“How do you know this guy?”

“He’s a friend of mine, I’ve known since forever,” she managed on a sob when she’d recovered enough to speak.

Taking her in his arms, he held on then settled Freda back onto a chair, afraid she would dissolve onto the floor. “Why would he care about Reuben?”

“Reuben was going to replace him.  He has a great voice with a raspy edge, he cares about music.  We all agreed, Justin was out.”

“Why didn’t I hear about any of this?”

“We were keeping it on the QT until after the show.  We were going to replace him tonight.”

“I guess he figured it out.” They sat staring at each other in horror.

Patience Tested While U Wait